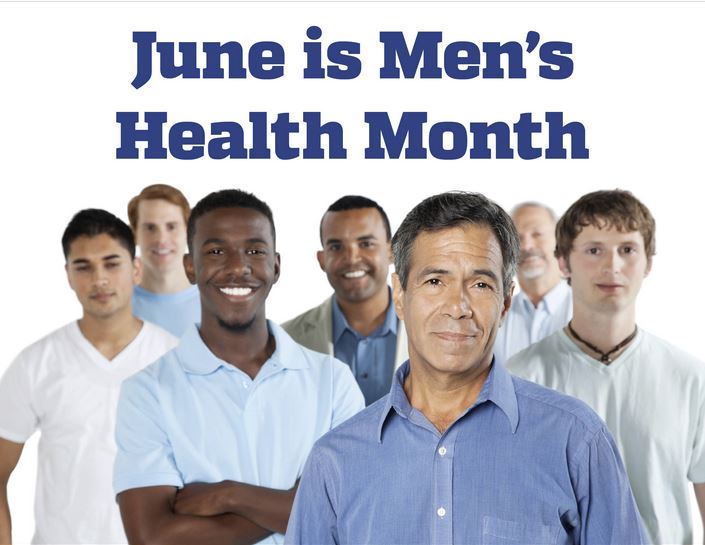 June is Men’s Health Month, a national observance used to raise awareness about health care for men and focus on encouraging boys, men and their families to practice and implement healthy living decisions, such as exercising and eating healthy.

Alarming statistics show that men’s health is at great risk. On average, men die almost 6 years younger than women and suffer higher mortality rates for the top causes of death. The lives of hundreds of thousands of men will continue to be threatened unless immediate action is taken to combat this growing crisis.

As Father’s Day (Sunday, June 21st) nears, there are quite a few things you can do to help dad — and even more that all of us can do to help men all year.

Here’s a few ideas for what the rest of us can do:

Do it for yourself and those who count on you.